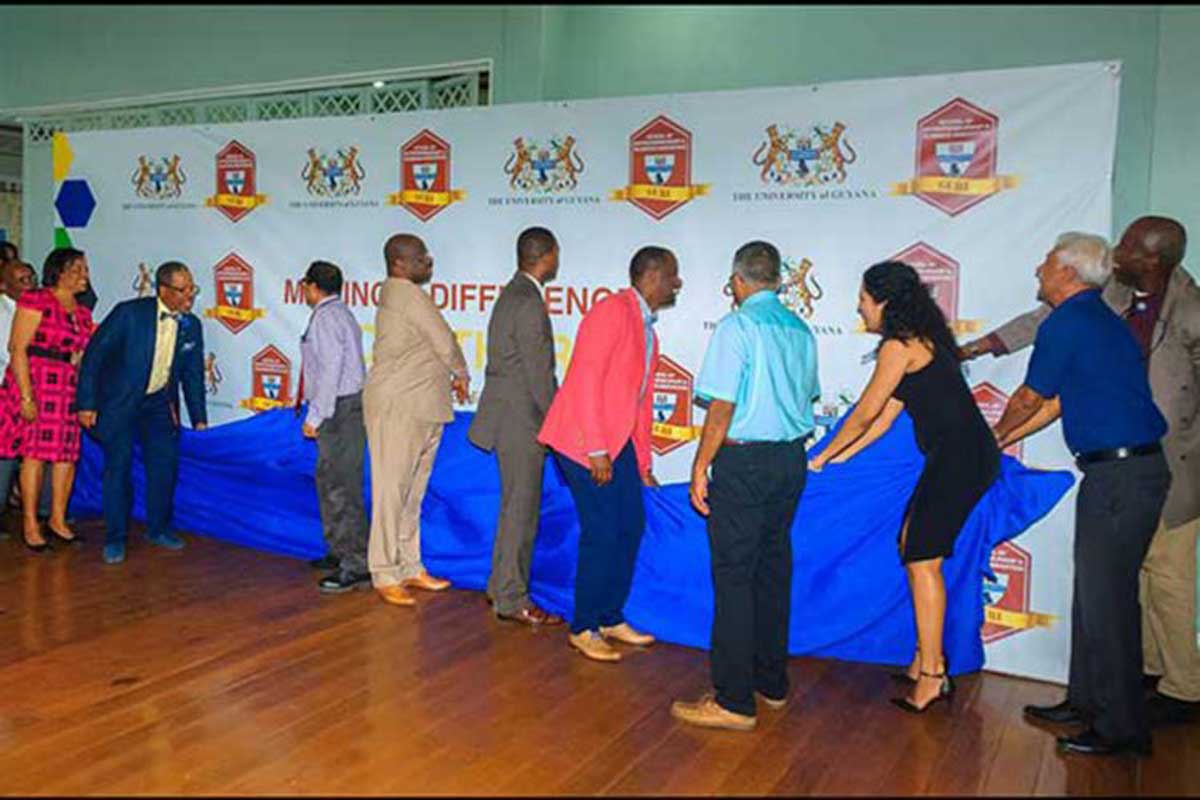 When the University of Guyana’s (UG) School of Entrepreneurship, Business and Innovation throw open its doors at Turkeyen and Tain to students for the first time later this month, the institution will be beginning its ascent to new heights in pursuit of the relevance of the offering of the institution to the development of Guyana.

SEBI’s Visiting Professor Leyland Lucas is unmistakably upbeat about the transformative effect that SEBI can have, as much on the informal sector as on the traditional public and private sectors. He points out that the significance of SEBI reposes in the fact that it is not an abstract academic contrivance but a response to what is felt to be a critical developmental need that has been overlooked for far too long.

SEBI, Professor Lucas says, emerged from three sets of considerations: the pronouncement made by President David Granger regarding the need to look beyond the traditional public service for viable employment options, the “vision” on the part of UG’s Vice-Chancellor Professor Ivelaw Griffith in seeking to take the institution in a direction that renders it more relevant and the feedback gleaned particularly from private sector institutions and entrepreneurs regarding the paucity of skills available to fuel the movement of the private sector.

What makes SEBI both unique and critically relevant to the country’s developmental needs is its distinctive flexibility, its ability to respond to both the training needs of students seeking a formal academic qualification as well as private and public sector entities hoping for the targeted upgrading of specialized disciplines and skills of their employees to render them more relevant to the entrepreneurial requirements of the enterprises that they serve. There is too, Professor Lucas says, a third rung on the ladder of education and training that allows for individuals (or groups) wrestling with the myriad challenges of managing modest entrepreneurial endeavours to benefit from SEBI’s practical guidance provided through structured programmes.

At the level of its academic programme SEBI will offer conventional degree programmes in disciplines that include Accounting, Finance, General Management, Tourism Studies and Supply Chain Management, among others. Beyond these there are more targeted programmes, fashioned out of the particular requirements of the participants and targeting the needs of individuals and public and private sector institutions. The latter focus of SEBI, Professor Lucas says, embraces a target group that ranges from those public and private sector institutions that have been forever clamouring over the lack of skills, to the host of individuals and groups in the informal sector including small vendors whose absence of entrepreneurial know-how have been largely responsible for the challenges they have faced in seeking growth for their businesses.

Long before the exhaustive consultations between UG and its various audiences that spawned the creation of SEBI had been concluded, representatives of deficient local public and private sector organizations had already found their way to Turkeyen to plead their various skills-scarcity cases and to seek the university’s help.

All of this is taking place against the backdrop of the reality of a university which is not only seriously cash-strapped, but still lacking in some of the requisites necessary for the effective delivery of its existing curriculum. Lucas himself admits that when consideration is given to offering the SEBI programme on both of the university’s campuses it becomes an undertaking that is beyond the capability of UG alone. He says that the recruitment of individual faculty, over time, is clearly necessary, but the many and varied national needs to which SEBI seeks to respond do not allow for any further prevarication in the launch of the initiative. To meet SEBI’s immediate needs, the existing corps of lecturers in the various disciplines, volunteer diaspora academics, and experienced and successful local entrepreneurs, managers and business support organizations will be pressed into service, as much for their formal qualifications as for their experience to help deliver a curriculum comprising both formal classroom instruction and field exercises as well as informal coaching designed to respond to the many and varied needs of the SEBI curriculum.

At the levels of both faculty support and student intake Lucas anticipates a measure of broader Caricom involvement. He anticipates what he says is likely to be “a measure of UWI support in the provision of teaching resources,” whilst two countries in the region, Antigua and St Lucia have already signalled to the university their interest in benefiting from the training that SEBI seeks to offer.

At intervals during his interview with the Stabroek Business Professor Lucas returned pointedly to the significance of the evolution of SEBI, not least, the fact that UG’ newest education and training compartment derives from what has been widely determined to be some of the critical human resource deficiencies in the society. The dialogue with the broader society – the public and private sectors and the modest entrepreneurial aspirants – he says, will persist through the creation of an Advisory Board that will seek to reflect the many and varied interests that spawned SEBI in the first place and which will play a central role in charting SEBI’s course, going forward.