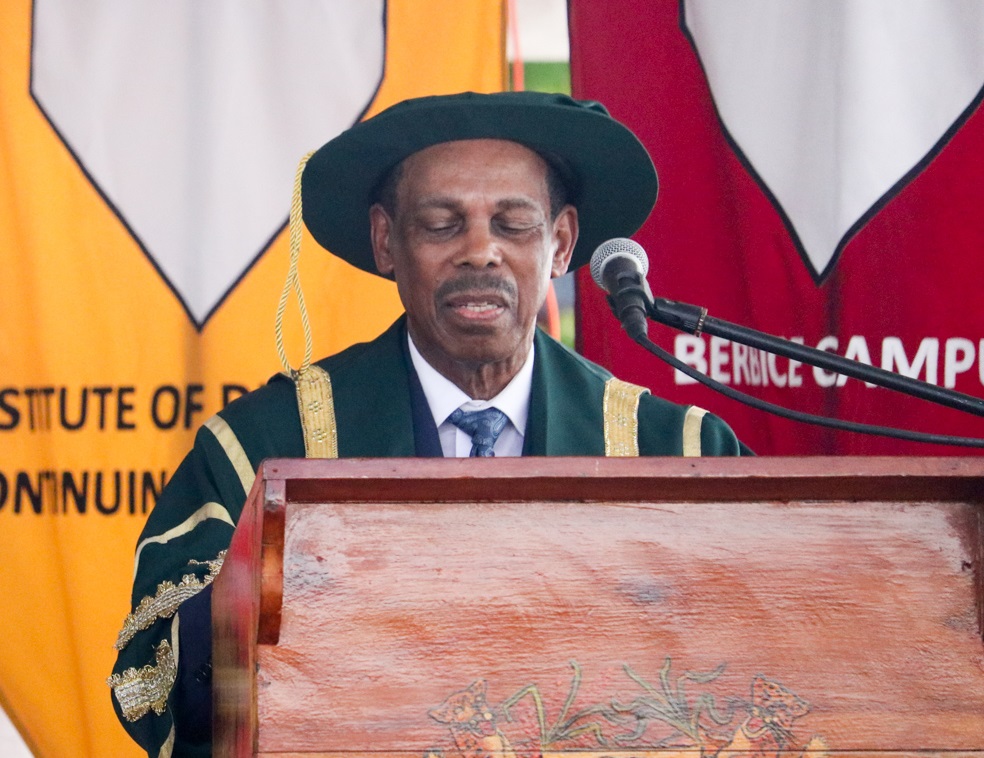 With the recently increased discussions on the University of Guyana (UG) becoming a tuition-free zone, newly appointed Chancellor, Professor Edward Greene believes that making education at the University free is certainly achievable.

During a recent interview with Inews, Professor Greene was asked about his thoughts on the concept of free education at UG. Greene noted that not only is it doable, the right to free education is also enshrined in the Constitution.

“I think [free education] is doable. With the resources from oil, we can find a way to make that a priority. As a matter of fact, it’s enshrined in the Constitution. And I think when we look at what happens in Singapore and the rest of South-East Asia, where they really developed education from childhood to university and made that free,” he explained.

Greene noted the developmental potential that those countries have been able to realise and the importance of investments in human capital. According to the academic, investing in human capital can bring enormous returns to the country as a whole.

“The investment in human capital bears returns that are enormous. And I would certainly urge and collaborate with the Government to really come through with their promise of free education,” he said.

Article 27 of the Constitution of Guyana states that every citizen has the right to free education from nursery to University. At UG, however, there have in fact been incremental increases in tuition and various services since 2017.

With elections on the horizon, various political parties have pitched the idea of implementing free education at UG, which currently has over 5000 students enrolled. There is an international precedent for free tertiary education, with countries like Germany, Brazil and Norway offering world-class public university education free of cost.

The former Deputy Secretary General of the Caribbean Community (Caricom) and decorated diplomat officially took over as Chancellor at the University’s 53rd Convocation ceremony on November 16. His appointment ends almost a year’s search for someone to succeed former Chancellor Emeritus Nigel Harris.

Greene enters office at a time when UG is under the direction of an Interim Management Committee that was set up after the controversial departure of former Vice Chancellor, Professor Ivelaw Griffith. During his interview, Greene acknowledged that at present, the University faces many challenges.

“But there are lots of opportunities, especially given we are on the cusp of a buoyant economy. So I think one of the short term things the University can do is to ensure it develops the kind of programmes that can equip its graduates to get engaged in the sustainable development future of Guyana.”

Greene also explained that from his observations, there are areas for improvement in infrastructure on campus. As an example, he noted that given the importance of Science, Technology, Engineering and Mathematics (STEM), there should be improvements to the laboratories.

The Chancellor also noted the importance of the University engaging the community, rather than leaving the institution with the perception of being an ‘ivory tower’. According to Greene, UG must be able to provide perspectives, including research, on issues that affect the wider community.

“Chief among these issues is how do we tackle climate change. Together because it’s a human endeavour, how do we develop towards a green economy? How do we really level the playing field so that more people can have opportunities to get a higher education, and technical training? That’s how I see us moving in the immediate future. I call it the low-hanging fruit.”