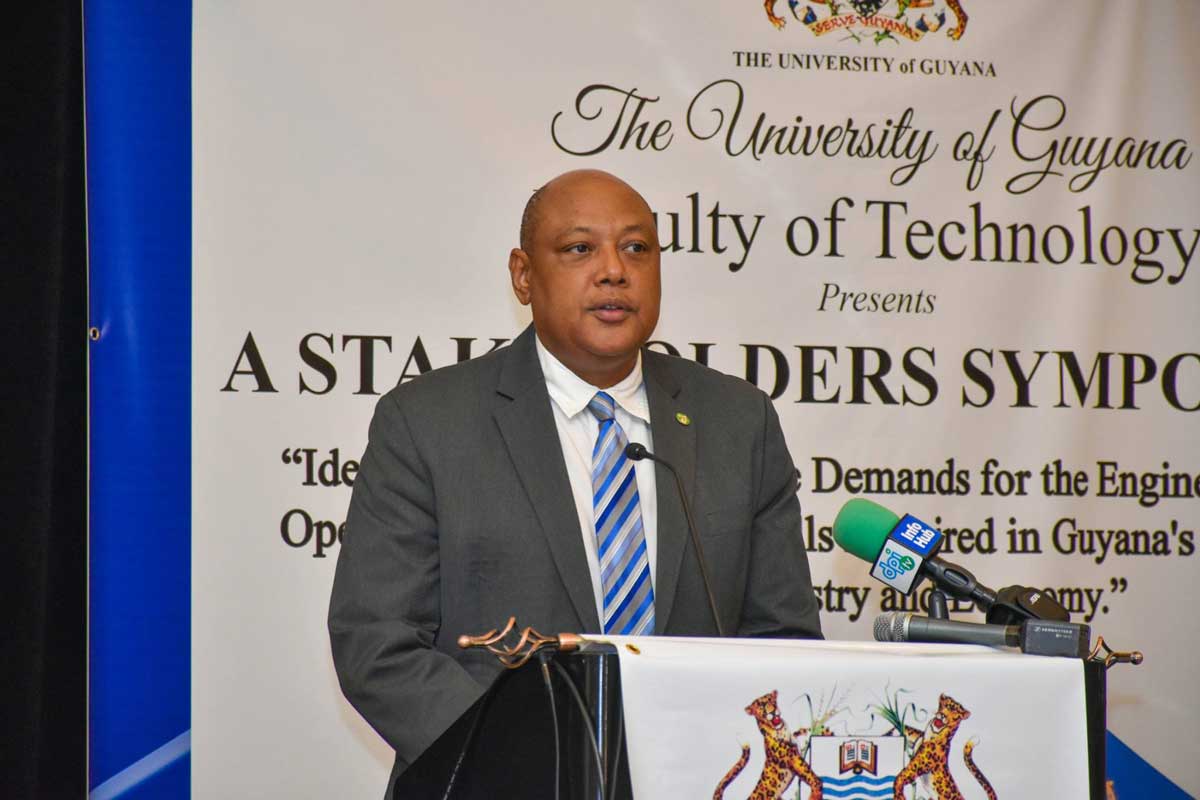 - local scientific institute, logistics base also on the cards

Natural Resources Minister Raphael Trotman has disclosed three key objectives which the Government of Guyana will be pursuing in 2018 to consolidate its capacity to effectively service a modern oil and gas industry including a national oil company which will be charged with responsibility for overseeing the country’s commercial interest in the sector.

At the same time, Trotman said that during next year government will be seeking the support of the Government of Mexico in pursuit of the creation of “a scientific institute to support cutting edge regulation and development of the sector and an onshore logistics base that will serve both as a revenue earner as well as to support the development of other local industries.

Making these disclosures during a presentation to a November 24 Stakeholder Symposium at the University of Guyana titled “Identifying and meeting the demands for engineering and operations management skill required in Guyana’s emerging oil and gas industry,” Trotman also cautioned his audience on the importance of us disabusing ourselves of the notion that large capital investment in the oil industry translates into significant levels of direct employment. Guyanese, he said, must instead continue to bear in mind that the oil industry generates revenue levels “that can be made available to expand development and provide jobs in other sectors of the economy”, Trotman declared.

Addressing a gathering at the Turkeyen Campus that included both lecturers and students, Trotman said that the advent of an oil economy will have the effect of creating many more jobs outside of the sector. “……….as you shift, think also of enhancing skills that are transferrable to other sectors,” Trotman told his audience.

Contextually, the Natural Resources Minister cited fabrication which he said could be utilized in mining and shipbuilding, information technology and telecommunications which can be applicable across   a   wide   range   of   sectors   as   well   as “welders, chefs, mechanics, logistics, marketing and business administration.” In effect, Trotman said, the advent of an oil economy could see “highly trained   professionals as well as an inherent culture integrated into other pertinent sectors in the nation’s economy.”

In his presentation Trotman also sought to update the university community on the inventory of institutions that have already been created and those that are scheduled to be created in the period ahead to help manage the sector.

He disclosed that “at the level of Cabinet” government has created a sub-committee for the petroleum sector comprising the Ministers of State, Natural Resources, Finance, Infrastructure, Business and   the Presidential Advisor on Petroleum whilst at the ministerial level a  Petroleum Sector Ministerial Committee had been created comprising the Ministers of State, Natural  Resources, Finance, Infrastructure and Business. At the level of the Ministry of Natural Resources itself, the Minister disclosed that the Ministry had been consistently expanding its internal capacity by engaging “expert advisors and   establishing   a   Petroleum   Department” in addition to supporting “key governance initiatives” including the recently created Guyana Extractive Industries Transparency Initiative (G-EITI) that allowed for the country’s subsequent membership of the international institution, the Extractive Industries Transparency Initiative (EITI).

The EITI is a global standard to promote the open and accountable management of oil, gas and mineral resources. It seeks to address the key governance issues of the oil, gas and mining sectors.