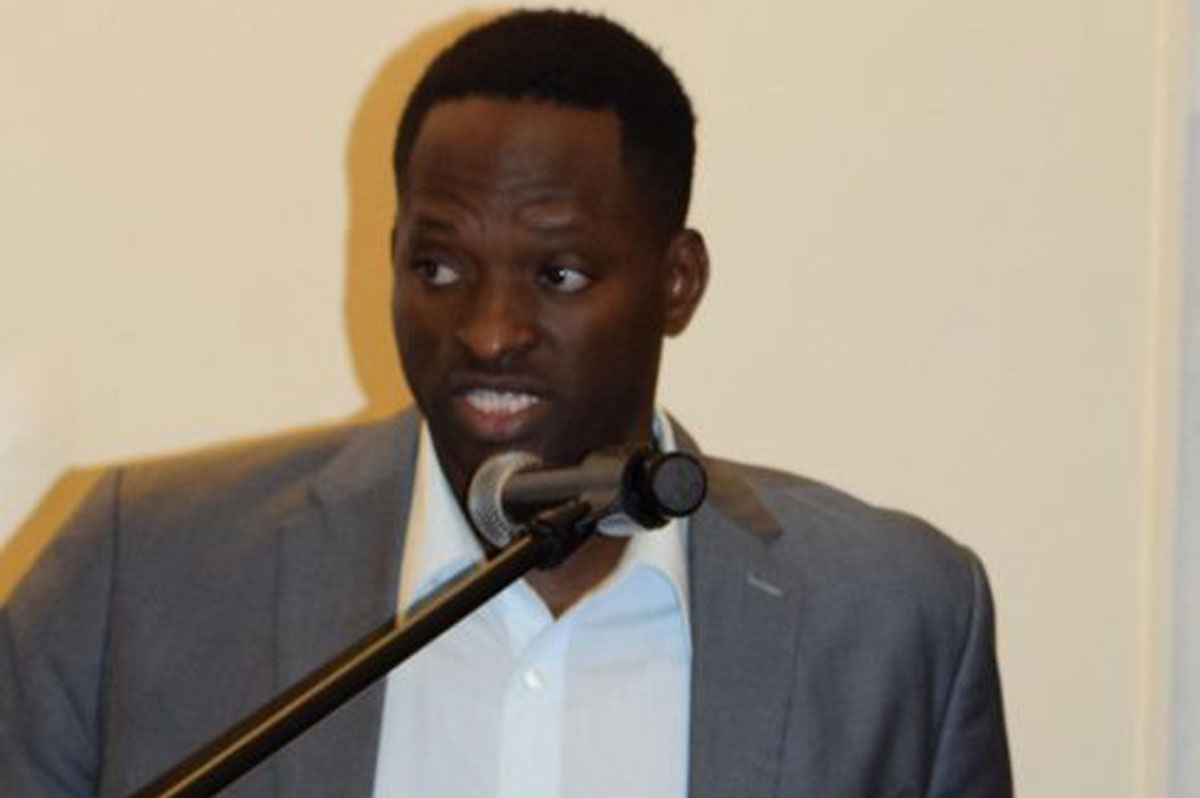 The Ministry of Education’s Code of Conduct for teachers should be amended to prohibit discrimination against youth on the grounds of sexual orientation, Director of the Society Against Sexual Orientation Discrimination (SASOD) Joel Simpson has recommended.

Simpson was at the time offering suggestions on how to decrease the high school dropout rate within the Lesbian, Gay, Bisexual and Transgender (LGBT) community, during a presentation at the University of Guyana’s latest Turkeyen and Tain Talks, held last Wednesday at the Pegasus Hotel.

The theme for the event was “Education as Freedom: Education Reform and Socio-Economic Development in Guyana.”

Simpson, who represented the Guyana Equa-lity Forum, which is a civil society network of 21 local groups working to achieve equal rights and justice for Guyanese, focused on policies that could decrease the number of LGBT youth and teenaged mothers who are subjected to bullying and who are forced out of the education system annually.

In addressing the former, Simpson recommended a widening of the Ministry of Education’s Code of Conduct for Teachers, which already states that teachers cannot discriminate on the grounds of ability, race, colour or creed.

Simpson stated that discrimination on the basis of sexual orientation exists not only among peers, but in teacher-student relationships, and said that the trend of behaviour has been documented by SASOD and the Guyana Teachers’ Union (GTU).

He mentioned that these behaviours are usually displayed in the plain view of witnesses.

“The Ministry of Education’s policy on their website, titled “Code of Conduct for Teachers,” under Part D, ‘Commitment to Students,’ states: “Teachers cannot discriminate on the grounds of ability, race, colour or creed.” It does not have any protective clause in it for LGBT students. While no laws or policies exist that specifically prevent LGBT persons from accessing education, many LGBT Guyanese reportedly leave the education system early due to homophobic and transphobic bullying and discrimination, thereby preventing them from practically realising their right to education,” he stated.

Additionally, Simpson directed the audience to the fact that Guyana holds the second highest rate of teenaged pregnancy in the Latin America and the Caribbean region. It is documented that 97 out of every 1,000 girls between 15 and 19 years old give birth.

“Despite this, the government of Guyana is yet to introduce a comprehensive reintegration policy for pregnant and parenting adolescent girls to be able to continue their secondary education in public schools,” he noted.

He added that adolescent mothers are often denied their right to education and fall out of the system as a result.

Simpson recommended that Guyana look to Jamaica for an example of how to tackle this issue, while pointing to the Women’s Centre of Jamaica Foundation Programme (WCJF) for Adolescent Mothers, which was established as a result of the country’s high teenage pregnancy rate at the time.

He related that the centre offers support services, which include counselling for school-aged mothers, the fathers of their

children, their parents and even guardians; family planning; time management; and budgeting.

“WCJF’s Programme for Adolescent Mothers encourages the continued education of pregnant or lactating girls under the age of 17 years. The goals are for teen mothers to return to school after the birth of their babies, to delay a second pregnancy until their professional goals are achieved, and to raise the employment potential of young mothers so that they have a viable alternative to depending on men for support,” Simpson related.

Meanwhile, Simpson criticized the public sex education programme, stating that it lacks relevance, denies sexual and reproductive health information and services and is inadequate for meeting the needs of adolescents.

Simpson said that research done by the GRPA shows that comprehensive sexuality education (CSE) can actually delay the onset of sexual activity, reduce risky sexual behaviour and the number of sexual partners and increase responsible behavior, particularly when it came to protecting against sexually-transmitted infections and unwanted pregnancies.

“Importantly, the evidence shows youth who receive CSE are not more likely to become sexually active, increase sexual activity, or experience negative sexual health outcomes contrary to what others may believe. Also, research by the youth-led, international organisation Advocates for Youth shows that CSE programmes do not encourage teens to start having sexual intercourse, do not increase the frequency with which teens have intercourse, and do not increase the number of a teen’s sexual partners,” he stated.

He added that evaluations of HFLE on the other hand showed that the programme “ignores young people’s basic human right to the highest attainable standard of health by denying them critical life-saving information and the fundamental public health principle of accurate, balanced sex education.”