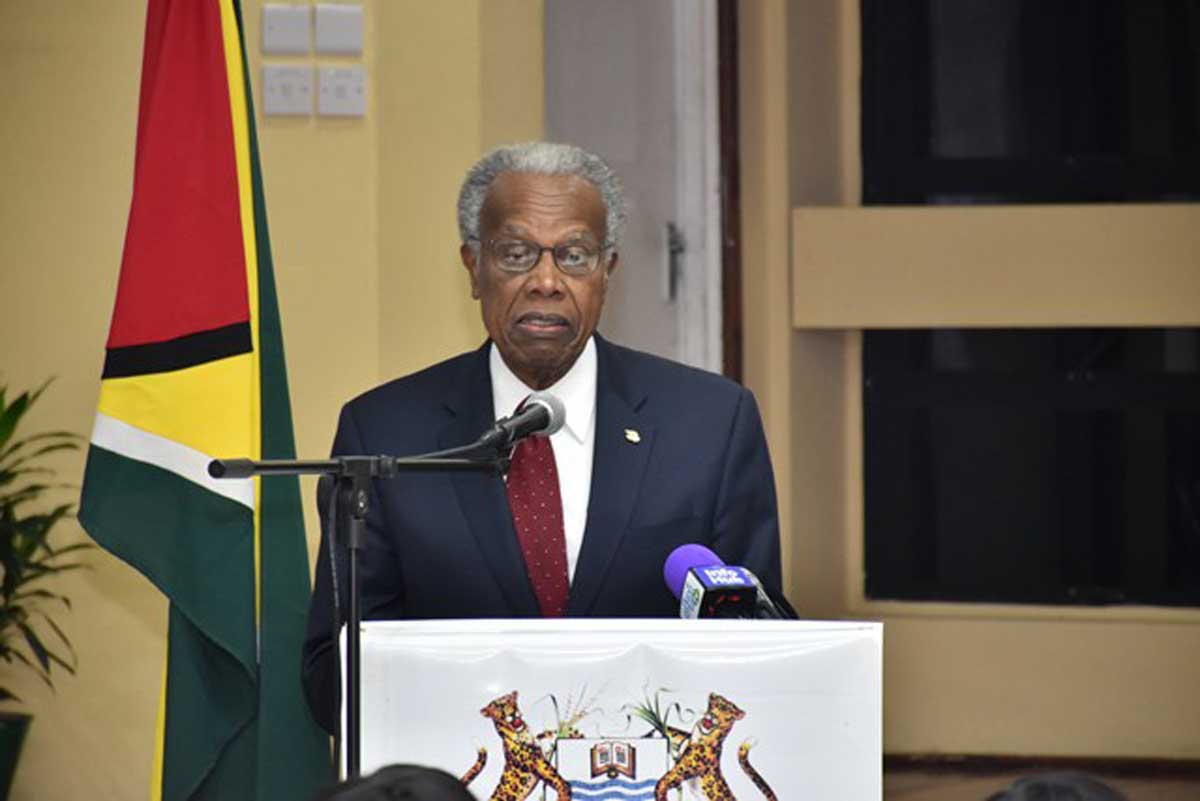 The University of Guyana’s Vice Chancellor Renaissance held the fourth in the series of lectures on Thursday at UG’s Education Lecture Theatre, Turkeyen campus. The lecture titled the Multiversity Universities of the Caribbean was presented by Sir George Alleyne and explored the role of universities across the Caribbean in generating trust and assuaging fear that is crucial for the maintenance and prospering of regional integration.

Sir Alleyne, the Director Emeritus of Pan American Health Organisation(PAHO) and former Chancellor of the University of the West Indies, pointed out that all Caribbean citizens must work to eliminate fear and build trust to facilitate regional integration.

“I say citizens because I do not believe this task should be left to our leaders alone and I do believe that your President’s affirmation is worth exploring in a university context,” Sir Alleyne said.

Sir Alleyne noted he was intrigued by President Granger’s comment, at the recent CARICOM heads of government meeting, that fear and lack of trust are the critical factors impeding the implementation of the Caribbean Single Market and Economy (CSME).

“Fear is good…but fear can also be a liability as it prevents us taking steps into the unknown,” Sir Alleyne noted. Fear of loss of sovereignty and local agency may be at the root of many of the problems that beset regional integration, Sir Alleyne reasoned.

“I believe it is possible to address and diminish it through the collective thinking of informed citizens and that universities of the region can make a substantial and significant contribution,” Sir Alleyne said.

Sir Alleyne submitted that the concept of a ‘multiversity’ must go beyond traditional cloistered university communities to see that fear is diminished and trust established. The role of a multiversity goes beyond the role of political leaders.

“It is the universities and other parts of civil society that have that critical and fundamental role in developing and fomenting that regional identity and citizenship,” Sir Alleyne noted.

The Vice Chancellor’s Renaissance lecture series is intended to enhance UG’s image. The lecture seeks to enlighten the UG community and Guyanese as a whole. The discussions have a broad focus which links Guyana to the wider world while bringing the knowledge of the wider world to Guyana through the lectures.