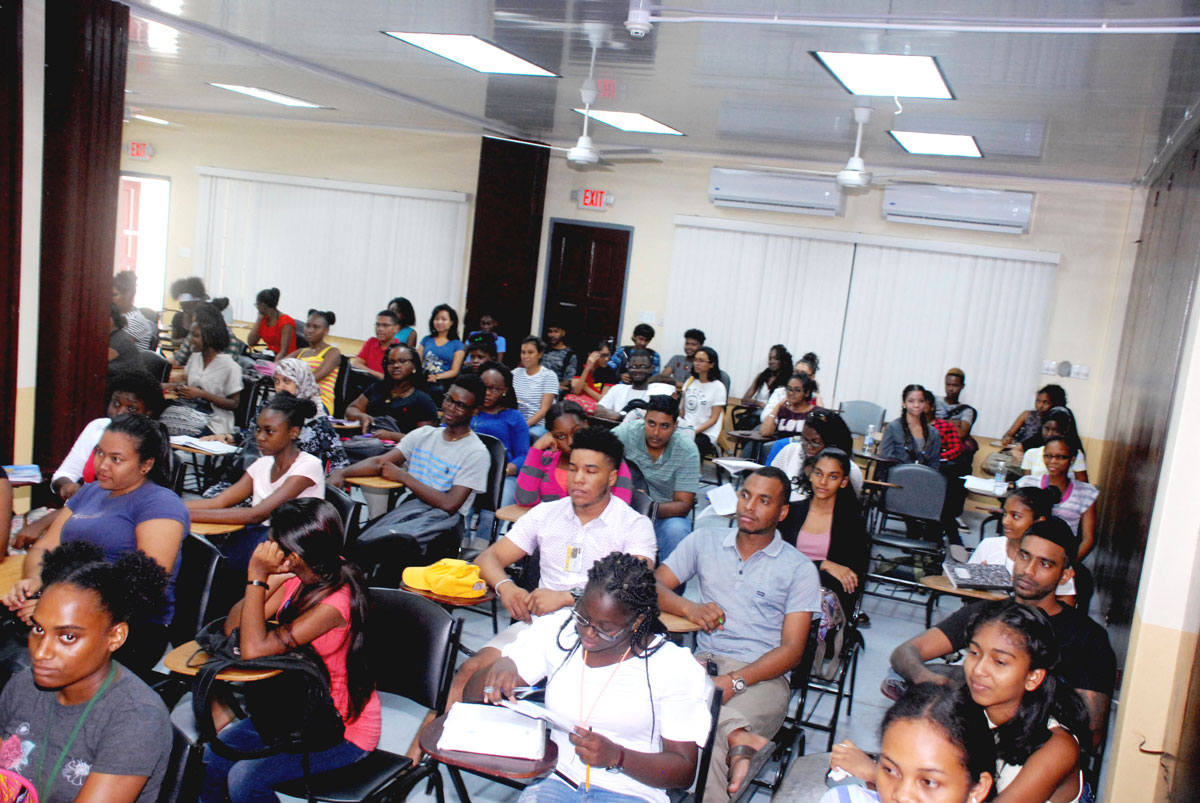 After we had spoken with Visiting Professor at the University of Guyana’s School of Enterprise, Business and Innovation (SEBI), Professor Leyland Lucas, and his support staff early last week, we headed across to the new facility created to house the School.

Stabroek Business had been told in an interview, months earlier, with the University’s Vice Chancellor, Professor Ivelaw Griffith, that much of the focus of SEBI would be on building a stronger ‘real world’ connection between the University and the business community, the thrust of his argument being that it made little sense having a University that was not really going anywhere in terms of helping to provide the skills needed to drive what has long been referred to as ‘the engine of growth,’ the private sector.

We had benefitted, as well, from an thorough earlier briefing from the Vice Chancellor, at a session that had also included SEBI’s Head, Professor Lucas, on the origins and purpose of SEBI and particularly on the role that local entrepreneurs and the wider business community had played in the conceptualization of the institution and including arriving at a determination as to the particular role that it would play.

An earlier attempt had been made to create just such a link between the University of Guyana and the business community under the Vice Chancellorship of Professor Lawrence Carrington. The reasons for its failure to get very far are unclear though there is really no persuasive evidence that the private sector was, at the time, keen on a long-term relationship with UG.

SEBI is currently focused on the staging of its May 20-22 Inaugural Entrepreneurship Conference, its first excursion into the kind of public discourse that brings  together the business and academic communities as much as the students which, hopefully, will throw up ideas that can be applied across a wide spectrum of challenges, not least, those that have to do with helping to address some of the broader economic challenges facing the country.

The School’s ‘Call For Papers’ for the May forum, shared with the Stabroek Business by its Director of Communications and Corporate Relations, Rennie Chester, provides clear insights into the agenda. Numbered amongst the issues listed for discourse amongst participants academics, business leaders, state-run institutions and students at the forum are entrepreneurship and economic development; women’s empowerment through entrepreneurship; entrepreneurship and the informal sector; the role of micro, small and medium-sized enterprises in economic development.

Professor Lucas holds the view that the institution’s role in providing a curriculum in disciplines that would lead to a formal academic qualification should not be allowed to obscure its responsibility to provide the sort of practical tuition directly related to enhancing entrepreneurial capabilities in the business sector.

Across the way from Professor Lucas’ office a small group of students had been kept waiting in the SEBI building to engage us. Three of them symbolized what we had earlier been told were the real objectives of SEBI. Paul Warner, Sean Langevine and Amika Persaud have enrolled at SEBI in order to further refine their business acumen in preparation for the task of enhancing the roles they already play in businesses.  Warner and Persaud are already involved in the management of family businesses, Warner in the beverages sector and Amika Persaud in the gold-mining industry. Sean Langevine is a manager with the popular Oasis Café though he appears to be busying himself to embark on an entrepreneurial pursuit of his own in the future.

We had met earlier with Tracey Alves and Cassandra Karran, two seemingly keen and energetic professionals who serve as Academic Advisors to SEBI and the School’s Administrative Officer, Tamika Profitt. Ms. Profitt’s job, Professor Lucas explained was to ensure a sense of administrative order. The role of the two academic advisors has to do with the intellectual welfare of the students. Meetings between prospective students and the academic advisors occur before students are enrolled, part of the purpose being to offer curriculum-related guidance and to help students respond to such challenges as they may encounter at the University.

We ended our visit on an upbeat note. There is evidence that (though still to a modest extent at this juncture) the public/private sector partnership that underpins SEBI is working. It showed, particularly in the energetic responses of the three students that we interviewed to questions relating to the nexus between their experiences at SEBI and their business ambitions. It appears to be a more than promising start.